Municipal Office announces Stefanova, that is looking for a new tenant for the operation of food in Stefanova.

Those interested in hiring may inform the detailed conditions at the mayor t.č.: 0903/662 523, or directly at the Municipal Office in Stefanova. 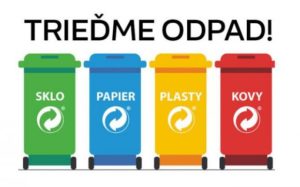 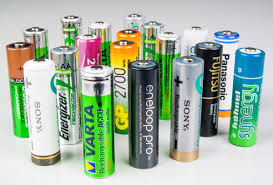 responsible role. destroyed nature, polluted air, Contaminated water sources and soil, All of this led to the creation of global ecological problems, which led to negative changes such as global warming, threats to biodiversity, thinning of the ozone layer of the Earth, and the like., but also a huge increase in waste. Brake catastrophic consequences of global environmental problems will succeed only, if you start to address local environmental issues, what we must try all, each within its means, at his residence or at the workplace.

It is important to batteries and accumulators put off in the containers provided for this purpose so. RECYKLOBOXOV, which are distributed in stores, collection sites and other locations throughout Slovakia. . Batteries and accumulators (bars) containing substances such as heavy metals and acids, that in a free environment for illegal repositories or in a landfill can contaminate the environment and pose a risk to public health.

company INSA, s.r.o. a MACH TRADE, s.r.o. In cooperation with partner companies operating on the Slovak market for several decades provide collection, transport, treatment and recycling of batteries and accumulators. High technology companies and professional level is the real guarantee of a comprehensive recycling of waste batteries and accumulators. The sorting and recycling are important global players in the processing of hazardous waste.

Discarding waste batteries and accumulators REDUCE release of hazardous substances into nature and will contribute its part to protect the environment.

I am pleased to announce, that you are among the first awarded. You've earned the award for OPEN GOVERNMENT disclosure of plate.

This award you can place on your website or on the Facebook page of the village, where people will indicate your transparency and openness. This is a prestigious award, because this idea came from the actual site visitors, who wanted, that we have tagged municipalities, which are open access to information and would also general pages found this symbol. 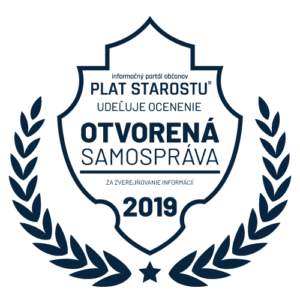